Brittle capped Clemson’s five-run second inning with a grand slam, then five Tiger pitchers combined to allow only four of N.C. State’s 20 baserunners to score in Clemson’s three-run win despite being outhit 16-6. The Tigers also took advantage of nine walks and two hit-by-pitches. 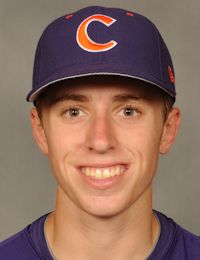 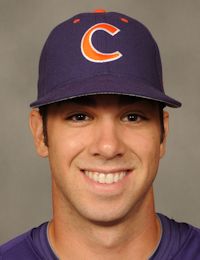 Matt Campbell
Jr. RH Pitcher
#36 5-11, 195
Alpharetta, GA
View Full Profile pitched a hitless and scoreless ninth inning to record his fourth save of the season. The five Tiger pitchers combined to strand 15 runners on base, including 14 in the first six innings.

The Wolfpack wasted little time taking the game’s first lead in the first inning. Bryan Adametz led off with an infield single and went to third on Brett Austin’s single to right-center. After the next two batters struck out, Will Nance reached on a fielding error by second-baseman Steve Wilkerson 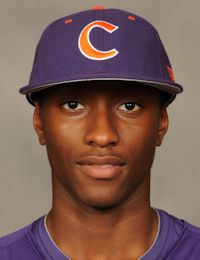 Maleeke Gibson
Fr. Outfielder
#1 5-9, 165
Sumter, SC
View Full Profile flied out to shallow center, Brittle belted a grand slam down the right-field line, his first long ball of the season, to give Clemson a 5-1 lead.

In the top of the fourth inning, Krieger drew a one-out walk but was erased on Gibson’s fielder’s choice. Brittle was hit-by-pitch with two outs and Jay Baum

Austin and Brett Williams both hit two-out singles on 0-2 pitches in the bottom of the fourth inning, then Senay grounded a single up the middle to score Austin.

In the top of the sixth inning, Brittle led off with a hit-by-pitch and stole second. Two batters later, he advanced to third on Wilkerson’s lineout to right field, then Brittle scored on a passed ball.

Austin led off the bottom of the sixth inning with a double down the right-field line on a 1-2 pitch and Williams laced a single up the middle to score Austin. Senay’s groundout to first advanced Williams to second, then pinch-hitter Carlos Rodon grounded a 1-2 pitch through the right side for a single to score Williams. Jake Fincher grounded a single through the right side, then Jake Armstrong reached on an infield single to load the bases. But Matt Bergquist lined out to second and pinch-hitter Sam Morgan grounded out to first to keep Clemson ahead 7-4.

In the ninth inning, Morgan drew a one-out walk, but Adametz grounded into a game-ending 6-4-3 double play.

Austin was one of six Wolfpack players with multiple hits, as he went 3-for-5 with a double and two runs.

Clemson and N.C. State will play game-three of the three-game series on Sunday at 1:00 PM.