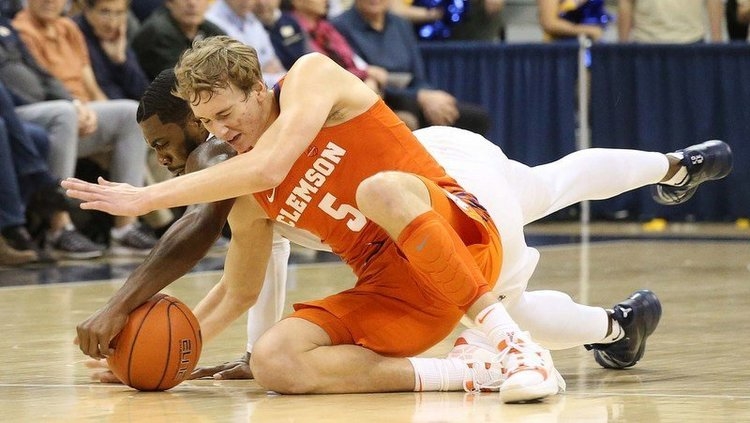 Clemson held off a furious Pitt comeback attempt in the second half and held on to beat the Panthers 62-48 at the Petersen Events Center Wednesday night.

Clemson improves to 17-11 overall and 7-8 in the ACC while Pitt falls to 12-16 overall and 2-13 in league play. The Panthers have lost 11 consecutive games under head coach Jeff Capel.

The Tigers were led by Marcquise Reed 14 points, while Elijah Thomas had 12 points, eight rebounds, five assists, three blocks, and three steals. Hunter Tyson hit three big 3-pointers in the second half and had nine points.

Clemson jumped out to a 38-16 halftime lead. The Tigers made their first five 3-pointers and led by as much as 22, but the Panthers came roaring back as the Tigers got into early foul trouble. A 16-2 run brought to Pitt to within 10 at 48-38, but the Panthers couldn’t crack the 10-point barrier the rest of the way.

Clemson held Pitt to just 27 percent (12 of 44) shooting to beat the Panthers for the sixth straight time.

The Tigers were whistled for 23 personal fouls while Pitt had 13.

Notes: Clemson won its second-straight game … Clemson improved to 6-3 against Pittsburgh and extended its winning streak to six over the Panthers … Clemson made at least 10 threes for the fifth time this season … Clemson held Pitt to a season-low 12 made field goals and a season-low 27.3 percent shooting from the floor … Clemson assisted on 18-of-22 made baskets … head coach Brad Brownell won his 166th career game at Clemson – 11 shy of tying Cliff Ellis (177) for the most-ever in program history … it was coach Brownell’s 333rd career victory … the Tigers held its fourth team this season to under 50 points and improved to 4-0 in those contests … Clemson is now 43-2 combined in those games under Brownell (since 2010-11 season) … Clemson has won its last 24 contests when they have held their opponent to less than 50 points … Marcquise Reed moved into 17th on the all-time scoring list (1,356) … Reed posted his 65th double-digit scoring game of his Clemson career – just five shy of tying Butch Zatezalo (1967-70) and Larry Nance (1977-81) for 16th on the all-time list … Reed tallied one steal and now has 157 for his career – good for 12th on the all-time list … Elijah Thomas surpassed the 600-rebound mark of his Clemson career (603) – he is one shy of tying Horace Wyatt (1978-82) for 25th on the all-time list … Thomas also has 919 career points as a Tiger … Thomas tied his career-high with three steals … Thomas tied his career-high with five assists … Thomas blocked three more shots and now has 167 for his Clemson career – sitting 10th all-time – just 11 shy of Sharrod Ford (2001-05) for ninth … Hunter Tyson set a new season-high with nine points and three made 3-point field goals … John Newman recorded his first career blocked shot.