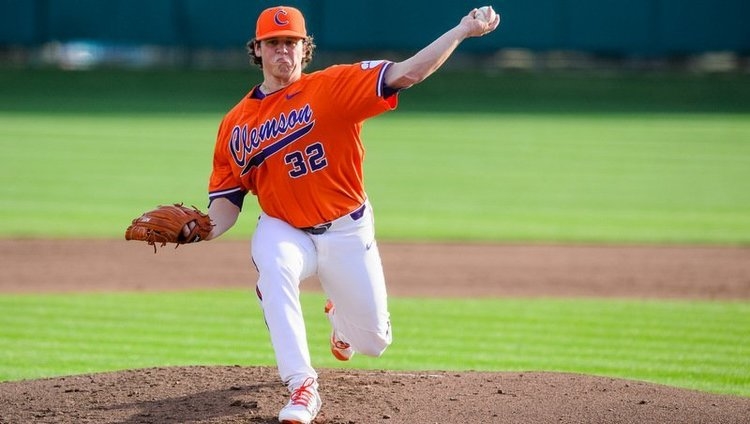 NOTRE DAME, IND. - Five Fighting Irish pitchers combined to allow just two of 16 baserunners to score in Notre Dame's 5-2 victory over No. 6 Clemson at Frank Eck Stadium on Saturday afternoon. The Fighting Irish, who took a 1-0 lead in the series, improved to 13-16 overall and 5-8 in the ACC. The Tigers, who saw their five-game winning streak end, dropped to 23-7 overall and 8-5 in ACC play.

Jake Johnson laced a two-run homer in the first inning to give the Fighting Irish an early lead. Jordan Greene hit a sacrifice fly in the third inning before Notre Dame answered with a run in the fourth inning on a two-out flyball that was lost in the sun. Grayson Byrd hit a towering solo homer, his fifth of the year, in the fifth inning. After Notre Dame escaped a one-out, bases-loaded jam without giving up a run in the top of the seventh inning, Nick Podkul lined a two-out single to score a run in the bottom of the seventh inning. Notre Dame escaped another out-out, bases-loaded jam without surrendering a run in eighth inning as well.

The series concludes Sunday with a doubleheader starting at 11 a.m., on ACC Network Extra.

Check out this Beer hose (the throw was directly into a stiff wind) to retire a runner trying to stretch a single into a double in the eighth inning. #Clemson