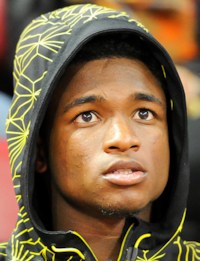 Mickey Plyler on Mullen: Mullen is one of the nation's top ranked defensive back prospects. He has great quickness and top end speed. It is easy to see why two schools like LSU and FSU liked him. He looks like what they have been playing with in the secondary.