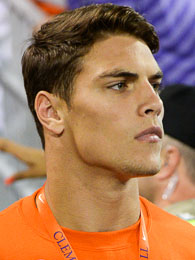 Mickey Plyler on Muse: This is one of the most intriguing prospects of the class. Muse is built like a linebacker but runs like a safety. His is also a hitter. On tape he just loves to hit. I can see him being a physical presence at safety, but I can also see him growing into a linebacker down the road.