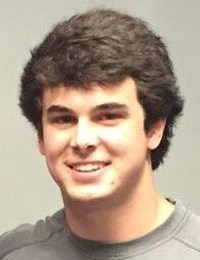 Safety
B I O
Had 63 tackles and five interceptions as a safety as a senior…also outstanding as a receiver, he caught four touchdown passes…had 63 yard TD reception in season opener...second game of the year had 10 tackles on defense and caught a touchdown pass…had pass deflection on last play of the game to clinch win over rival Hoover High…had a touchdown reception in a state playoff victory as well…helped his team to a 9-3 record and second round of the playoffs….named honorable mention all-state as a defensive back by the Birmingham News… his father, Kevin Turner, played football with Swinney at Alabama…he went on to play eight years in the NFL with New England and Philadelphia …played his high school football for Buddy Anderson….also a member of the Vestavia Hills basketball team….selected Clemson over offer from UAB…recruited by Marion Hobby.

Mickey Plyler on Turner: I knew nothing of Turner until late in the process but his video looks pretty good. He seems to have nice size and range. I understand he is a really bright prospect as well. Hopefully this is more than just a feel good story. There will be opportunities to grab reps in a rebuilt secondary.

Clemson offered on 1/21/16 and he committed on the same day.