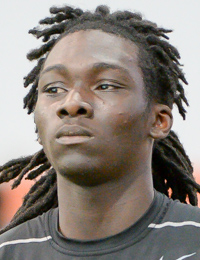 Mickey Plyler on Davis: Davis is a long, athletic pass rusher. I had a high school coach tell me that he thinks he has NFL potential. Davis will have to fill out his frame but I love his wingspan. His stock soared after an MVP performance at the North-South All-Star game.

As a senior, he had 120 tackles, 16 sacks, three fumble recoveries and an interception. He also forced a fumble to help clinch the Class A Lower State Championship game over Allendale-Fairfax.

At Least It Wasn't On The Police Report