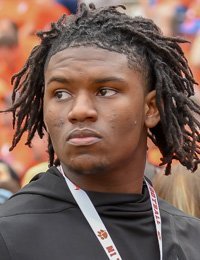 One of the most productive defensive players in the state of Georgia over the last four years … four–year starter who recorded 41.5 career sacks among his 359.5 tackles … outstanding leader who was a three-time captain as voted by his teammates … two-time all-state selection … was a High School Butkus Award semifinalist along with Clemson signee and classmate Sergio Allen.

Committed to Clemson on Jan. 26, 2019 … outstanding student who had career GPA near 3.6 … recruited to Clemson by Todd Bates and Brent Venables … wore No. 14 in high school … expected to enroll at Clemson in January 2020.