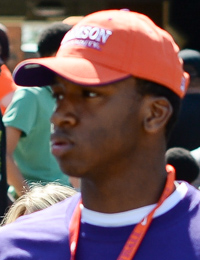 Mickey Plyler on Ferrell: "Ferrell is a very athletic pass rushing prospect. I like his quickness and first step. He is coming off of an injury but his upside is very high. This defensive end class is special and Ferrell might be the best of the bunch."