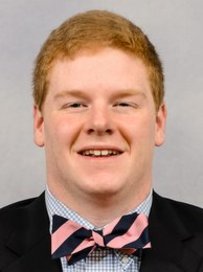 Offensive Line
B I O
Enrolled in January 2015 and has seen time as a reserve at center and offensive guard … entered 2018 with two knockdowns in 66 snaps over nine games in his career.

Before Clemson: Played in the Semper Fidelis All-American Bowl … No. 31 offensive tackle in the nation by ESPN entering his senior season … No. 44 player in Georgia by Rivals.com … played baseball, basketball and track … coached by Keith Walton … recruited by Chad Morris.