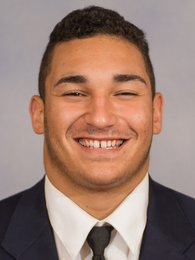 Defensive Tackle
B I O
Redshirt junior who has seen time as both a starter and reserve defensive tackle in 2015 ... has 54 tackles and two tackles for loss in 406 snaps over 19 career games (nine starts).

2015: Had 51 tackles, two tackles for loss and two quarterback pressures in 352 snaps over 15 games (nine starts) ... made the most of his first career start against Wofford, tallying seven tackles (one for loss) in 31 snaps ... had four tackles in 37 snaps at Louisville ... started and tallied four tackles in 29 snaps against Notre Dame ... made most of his 26 snaps in win over Georgia Tech with an astounding 12 total tackles ... notched half of a tackle for loss in ACC Championship Game win over North Carolina.