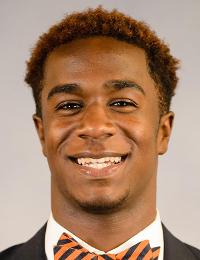 Safety
B I O
Entered 2019 bowl season with 91 career tackles (3.5 for loss), five pass breakups, an interception, a forced fumble and a fumble recovery in 730 snaps over 52 games.