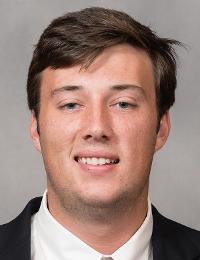 2016: Suffered a knee injury in August camp and redshirted the season.

Before Clemson: Two-time Georgia all-state offensive lineman at Eagles Landing Christian School … region lineman of the year in 2015 … outstanding all-around athlete, he also plays on his high school tennis team … all-state as a senior when he helped Eagles Landing to the State Championship and an 11-3 record … they defeated Aquinas High School for the state title … graded out at 92 percent or better in every game in 2015 and led the team in pancake blocks (44) … did not give up a sack all year … played four years of high school football, he was a starter on the offensive line for three years … all-state and all-region as a junior when he helped Eagles Landing to runner-up honors in the state … played his high school football for Jonathan Gess … recruited by Marion Hobby and Robbie Caldwell.