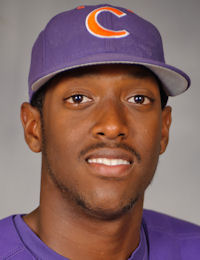 BEFORE CLEMSON: Member of the state championship team as a senior at Dunwoody High School, the school's first-ever state title...#106 prospect in the nation by Perfect Game and #111 prospect by Baseball America...#7 prospect in Georgia by Perfect Game...drafted in the 28th round (#869 overall pick) by the Chicago White Sox...lettered four times in baseball at Dunwoody High, where he was coached by Tom Bass.